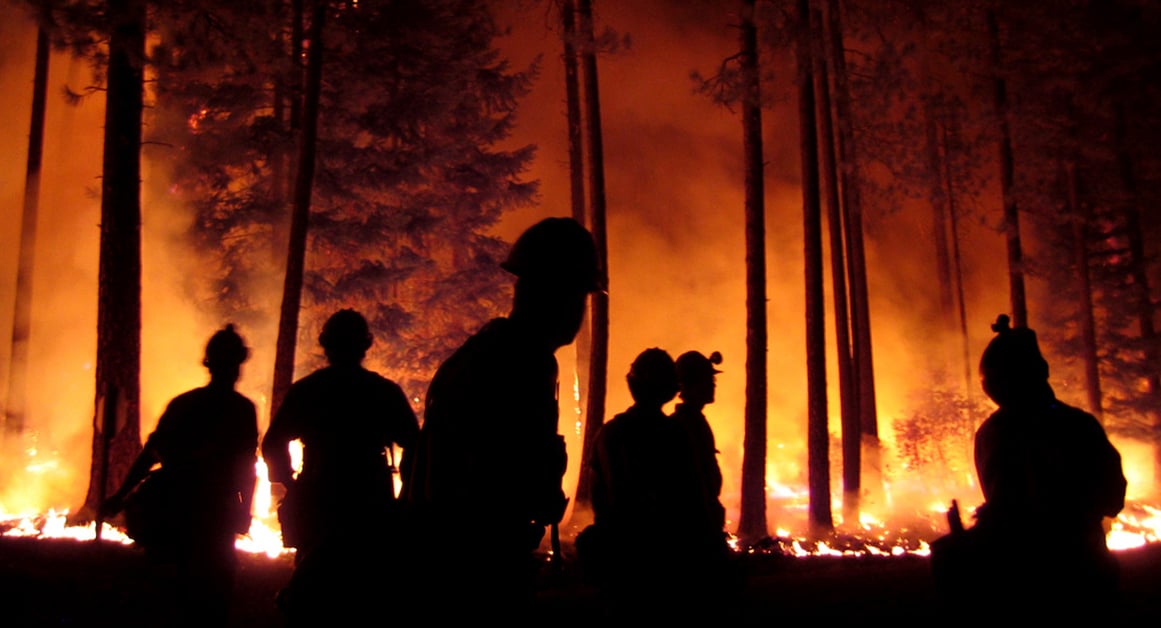 A recent study finds carbon monoxide levels hit an annual high due to wildfires emissions in the summer months.

A new study found a peak in air pollution in August due to a recent increase in wildfires.

2022 is expected to be an above-normal wildfire season with potentially up to 70,000 fires.

AccuWeather’s unique tools like Wildfire Proximity Alerts and air pollution forecast powered by Plume Labs ensure you get vital information to stay ahead of dangerous conditions.

A study by the National Center for Atmospheric Research (NCAR) published this week examined 16 years of data and found that wildfire emissions have increased so substantially that they’re changing the annual pattern of air quality across North America. Scientists found a new peak of air pollution in August, which didn’t use to exist. The summer months have historically been a time when carbon monoxide levels have remained low. The research team tracked wildfire emissions from 2002 to 2018 alongside computer modeling to analyze the potential impacts of the smoke, focusing on three regions: the Pacific Northwest, the central U.S., and the Northeast. They found that the trend became more pronounced from 2012 to 2018 when the Pacific Northwest fire season became more active, drawing a direct coalition between the smoke’s impact and the higher levels of harmful emissions. The findings were particularly striking since carbon monoxide levels have otherwise been decreasing -- globally and across North America -- due to improvements in pollution-control technologies.

This new data add to an already alarming trend. In 2016, researchers at Climate Central noted that the annual average wildfire season in the western U.S. was 105 days longer than it was in the 1970s, burned six times as many acres, and had three times as many large fires (burning over 1,000 acres). According to AccuWeather Meteorologist Brandon Buckingham, this year’s wildfire season is expected to be another active one, with the number of fires and acreage burned already running well above the 10-year average to date. AccuWeather’s forecasters expect an above-normal wildfire season in 2022, with early predictions of 67,000-70,000 fires.

AccuWeather for Business has the tools to help your organization stay secure when wildfires threaten your area. Wildfire Proximity Alerts can make all the difference when minutes matter. As part of our SkyGuard® platform, alerts are delivered as soon as a fire is detected and are backed by AccuWeather’s Superior AccuracyTM. AccuWeather’s new air pollution forecast powered by Plume Labs helps communities determine how the air quality is impacted by this wildfire and how to reduce the risk of exposure.

Join us for our latest webinar: 2022 Wildfire Season: Protect Your People, on May 4th at 11 am EST to learn more about securing your employees and assets from dangerous wildfires. Our lead U.S. Long-Range Forecaster, Paul Pastelok, will have a look at the 2022 wildfire season forecast. Plus, Implementation Manager Thomas Bedard will preview AccuWeather’s new tools to ensure you have the latest warnings at your fingertips, helping your organization plan for and stay ahead of dangerous conditions.

Join us on May 4th at 11 a.m. ET. for the 2022 Wildfire Season: Protect Your People webinar. Register today! 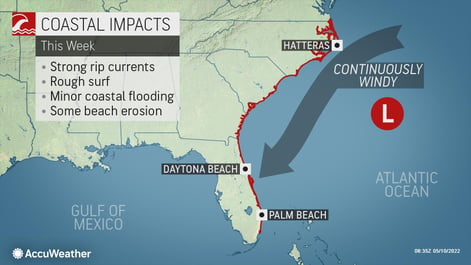 A stalled system bringing rough conditions along the East Coast.

Coastal Danger A large storm that will remain stalled just off the Atlantic coast into Wednesday... 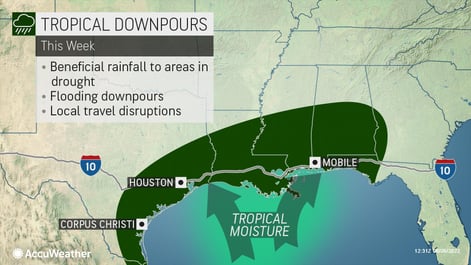 A Flood of Relief Intense downpours from a tropical rainstorm will bring flooding concerns to the... 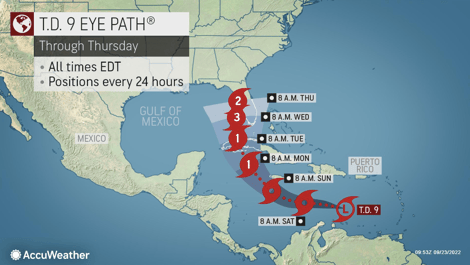