Climate Change Series: Hurricanes in the next 100 years 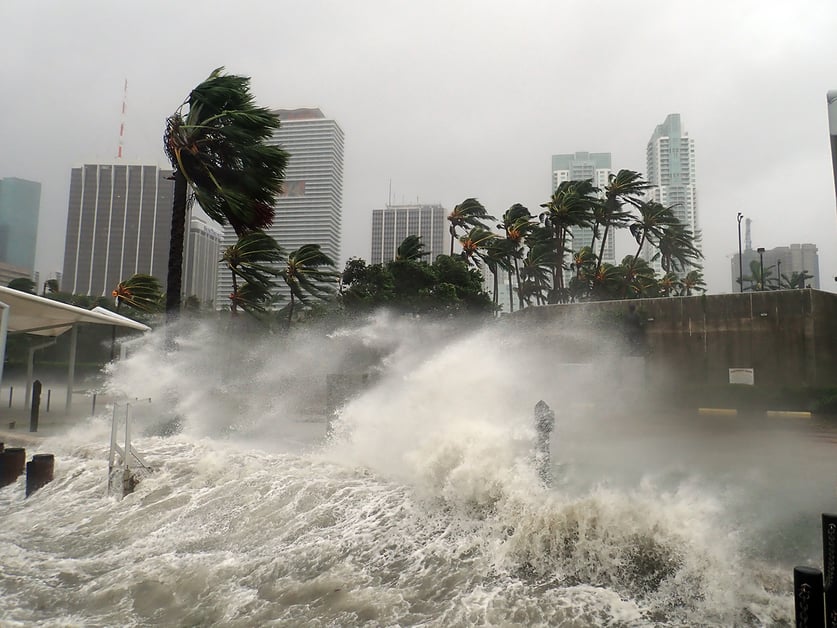 Hurricanes in the future will be far more devastating and target some of the most highly populated cities in the U.S.

In the future, storms will form near the Southeast coast, and Northeast cities in their path will have much less time to prepare

Looking ahead to make a change today

In what might be the ultimate long-range weather forecast, researchers from Rowan University in New Jersey used computer models to predict the tracks of future hurricanes into the next century -- and what they found is especially alarming for a specific area of the country. The researchers used more than 35,000 computer simulations to study the evolution of storm tracks and better understand storm behaviors in the future. One of the key findings was that, as climates change, hurricanes will form closer to the Southeast coastline, potentially targeting cities along the Northeast shore. Since hurricanes will form near the coast rather than further out in the Atlantic Basin, this means major cities like Boston, Norfolk, and New York City will have much less time to prepare ahead of the storm making landfall. The researchers also found that the typical duration of hurricane conditions increased in each city.

But it's not all bad news. There is some hope which lies within the research. The future study simulations were conducted using a very high future emissions scenario. In the decades to come, if communities work to lower greenhouse gas emissions, then they can potentially limit how severe the impacts of the storms will be in the future. In summary, lower emissions in these populated cities could result in less drastic changes in storms.

How closely tied are hurricanes to emissions? Here is some food for thought. A study by MIT atmospheric scientist Kerry Emanuel found that the lack of major storms during the 1970s and 1980s was largely due to a veil of sulfate aerosols stemming from fossil fuel combustion. This spurred a chain-reaction process that cooled the North Atlantic and reduced storm activity. Hurricanes rely on warm water to develop. This “hurricane drought” ended shortly after clean-air regulations were implemented, curbing emissions of these cooling particles. When ocean temperatures began to increase again, so did hurricane activity.

Hurricanes are the most costly weather disasters in the United States; the damage from the 2021 Atlantic hurricane season was an estimated $70 billion. There is no doubt that climate change is here, and its impact will dramatically alter business models and performance in the near future.  AccuWeather’s ClimateReadyTM Risk Mitigation is a service designed to lead businesses into the future, reducing risk and liabilities and turning the challenges of climate change into opportunities. Our unique and revolutionary service provides superior guidance on potential weather events and their business impacts under differing climatic impact scenarios out to the year 2100.

Partner with the best and ensure your business is climate-ready. Contact us today. 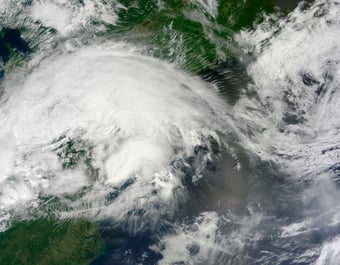 A destructive derecho tears through the Midwest; AccuWeather provides its clients with the most advanced warnings

Derecho Danger On July 5, 2022, severe weather, including a rare derecho, ripped through South...

Winter Storm Blast The week of January 2, 2022, a snowstorm brought more than 6 inches of snow to... 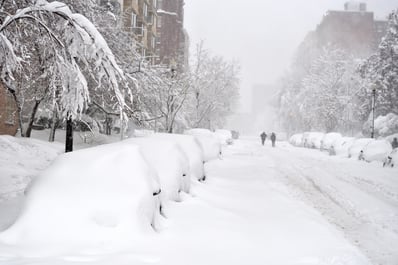 Blizzard blasts Northeast, AccuWeather forecasts it better than any other source

Blizzard Buries Northeast On the last weekend of January, a powerful winter storm slammed into...