Posted by AccuWeather for Business on Aug 12, 2020

50+ live client calls were conducted in response to Isaias, including a major U.S. telecommunications company that utilized our intel to ensure minimal service interruption for their customers

During the evening of July 29, Tropical Storm Isaias formed south of Puerto Rico, becoming the earliest "I" storm on record in the Atlantic basin. AccuWeather was warning of the potential for tropical development well ahead of other weather providers and public sources. Timely, impact-driven forecasts with Superior Accuracy™ were sent to clients so proper preparations could be made well in advance of Isaias' landfall on August 3.

AccuWeather For Business meteorologists conducted over 50 client conference calls in response to Isaias, including a major U.S. telecommunications company. While they operate in 18 states coast to coast and experience a wide range of weather threats, hurricanes - especially due to associated wind threats - are one of their biggest concerns.

Not only do they need to ensure minimal service interruptions for their customers, but they also need to look out for the safety of their employees who are using ladders and operating bucket trucks in response to major weather events.

During Hurricane Isaias, up to 30,000 of their customers were affected, mainly in CT and RI. Other utilities not using AccuWeather For Business were unable to appropriately plan for the magnitude of this impact to their operations, leading to customer frustration. Employing the best possible intel prior to and during weather impacts will result in the best possible outcome every time.

Besides live consultation, this organization focused on specific impact forecasts provided by AccuWeather For Business, including system track, wind forecasts, high tide projections, and coastal and inland flooding risks in relation to their pinpointed assets. By utilizing GIS data layers as well as the AccuWeather For Business Portal and SkyGuard mobile app, they proactively assessed primary threats and direct impact areas, ensured minimal service interruption for their customers, and shifted resources proactively in response to the forecast to better serve their customers.

Their business continuity professionals cited the importance of live consultations:

"When you are collaborating with a subject matter expert, it not only reduces anxiety for our commanders from an operations perspective but also allows us to take specifics to leadership to make the best decisions possible. While the flexibility to call in when we need to is important during the storm, the confidence the meteorologists have in their assessments and forecasts is vital, especially when we are making decisions from across the country."

Despite topping out as a low-end Category 1 hurricane and 1 on the AccuWeather RealImpactTM Scale for Hurricanes, Isaias produced major, widespread damage. It made landfall as a hurricane in Ocean Isle Beach, NC before racing up the coast to deliver flooding rain, damaging winds and tornadoes. At one point the storm was traveling more than 40 mph.

Following its rampage through the Northeast, about 3.5 million customers were left without power due to Isaias' widespread damaging winds. Utilities often utilize weather intelligence to stage ahead of impacts in order to quickly restore service.

AccuWeather For Business proactively highlighted multiple threats, including flash flooding in eastern PA and winds up to 75mph along the East Coast when other sources didn’t. At least three dozen tornadoes were confirmed in the aftermath of Isaias' impacts on the mid-Atlantic and Northeast.

Meteorologists issued pinpoint tornado warnings for Isaias over a myriad of industries, including distribution, education, emergency management, entertainment, insurance, manufacturing, medical, military, pharmaceutical, retail, transportation and utilities. As one of many similar examples, One railroad client was given 31 minutes of advance notice before a tornado crossed the track while public sources provided only 4 minutes. Extra time from our warning enabled AccuWeather customers additional minutes to safely shut-down operations, enhancing safety and reducing liability.

Due to the multifaceted risks associated with this tropical system, AccuWeather For Business clients utilized AssetReportTM to monitor multiple risks and assets simultaneously. The report gives clients the ability to hone in on various weather impacts at each location they care about, including the start and end times of tropical-storm-force winds in relation to those assets, a feature only offered by AccuWeather For Business. 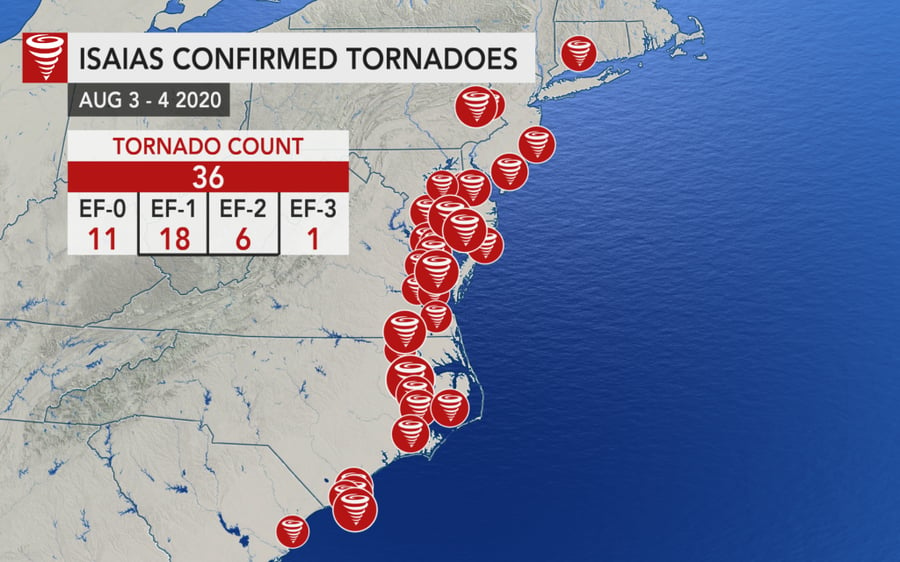 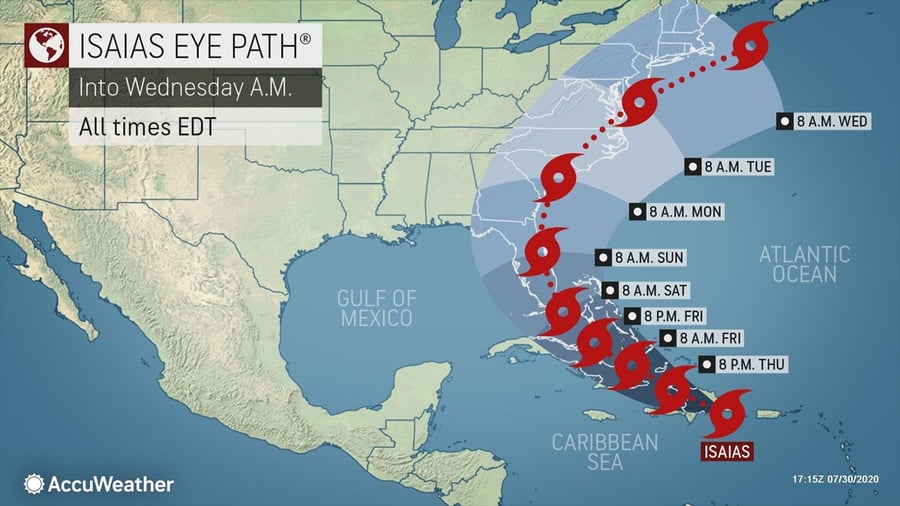 Advantages of our Hurricane Expertise, Tools and Services

Knowing the potential risks well ahead of any tropical system is an important part of developing, maintaining, and executing an emergency action plan for the tropical season.

Learn more about our hurricane forecasts and services or contact us for a no-obligation trial.

To take advantage of our hurricane forecasts this season, contact our team for a no-obligation trial. 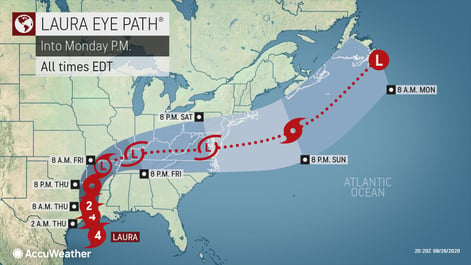 AccuWeather For Business Clients Prepared For Hurricane Impacts Hurricane Laura made landfall at... 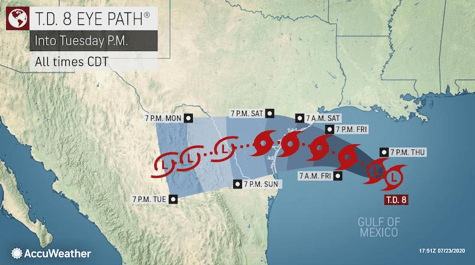 For the first time in months, the pandemic was not the main concern for those in coastal areas of... 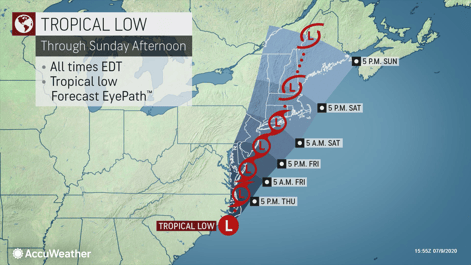 Fay’s formation on the evening of July 9 marked the beginning of the sixth-named storm in the...