Snow to threaten businesses from the Rockies to Texas

Posted by AccuWeather for Business on Jan 7, 2021 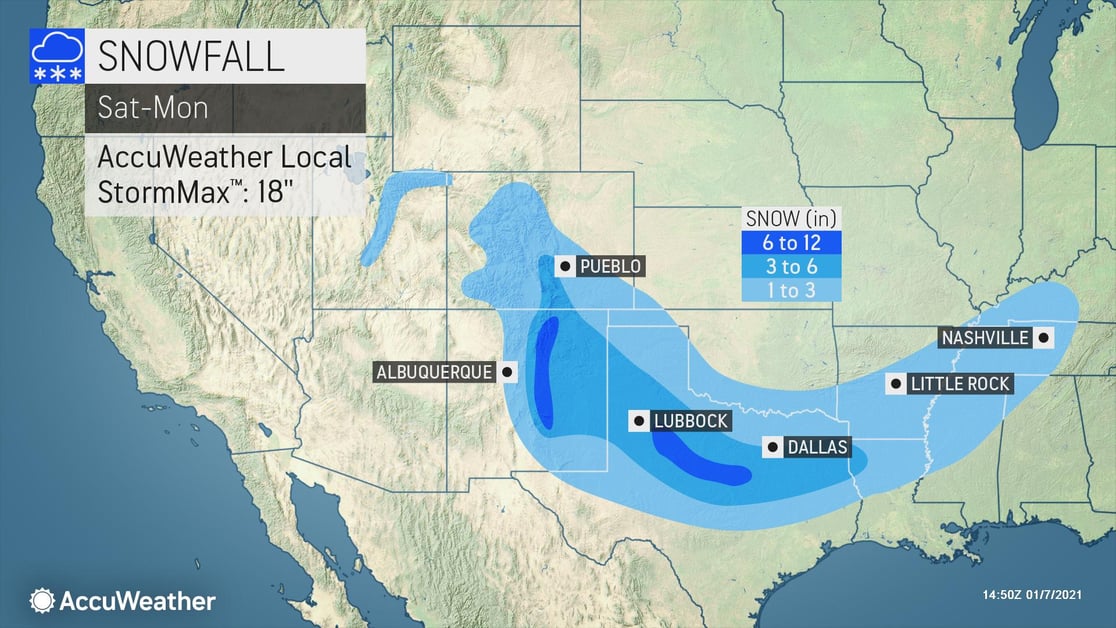 A significant storm is expected to track southeastward from the Rockies to the Gulf coast later this weekend into early next week.

A significant storm is expected to track southeastward from the Rockies to the Gulf coast later this weekend into early next week. Areas that do not frequently experience accumulating snowfall should prepare for logistical disruptions and travel delays. 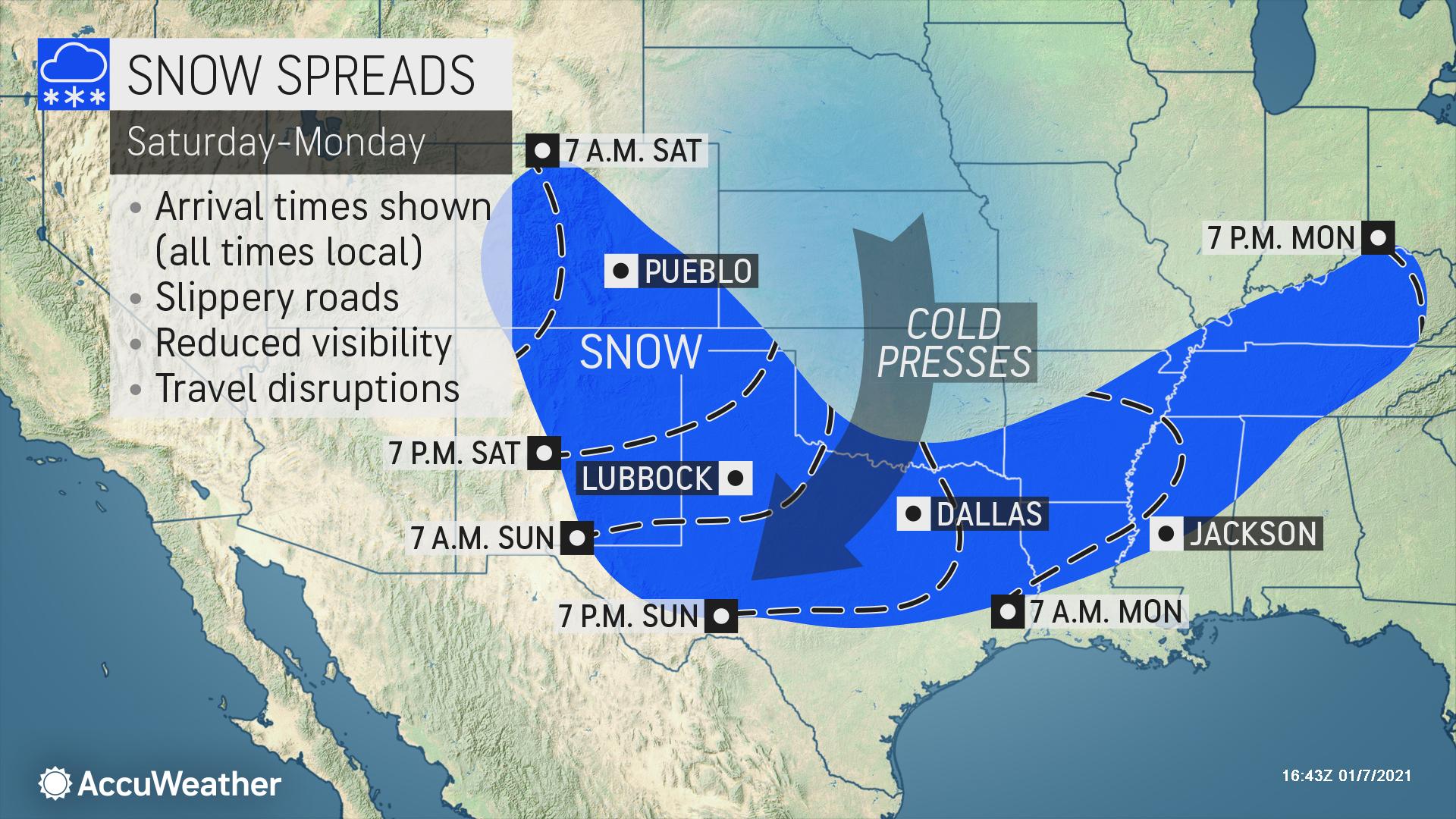 A growing area of accumulating snow is forecast to begin in the Rockies Friday night into Saturday, and will reach Texas Saturday night into Sunday. The snow may reach portions of the lower Mississippi Valley on Monday.

The heaviest snow of 6-12 inches with rates to 1 inch per hour will impact the Front Range of the Southern Rockies as well as narrow portions of west-central Texas.

The storm will move through the central and southern Rockies on Saturday and then dive southeastward into Texas on Saturday night, beginning to pick up moisture from the Gulf of Mexico. Cold air entrenched on the northern side of this storm will help snow expand from the Rockies into the Texas Panhandle Saturday night. The snow will then spread farther east across the northern half of Texas during the day on Sunday as the storm continues to pull in more moisture from the south.

Dangerous travel conditions can be expected across much of Texas Saturday night into Sunday with snow-covered and slippery roads likely in the northern half of the state, including potentially in the Dallas-Fort Worth Metroplex.

Flight delays and even cancellations are highly probable Sunday across Texas, especially in the major hub of Dallas-Fort Worth. Major delays could expand into places like San Antonio and Houston if snow ends up tracking slightly farther south than anticipated.

Many of the major interstates from the southern Rockies into Texas and lower Mississippi valley could be impacted with slippery and dangerous travel.

The storm will continue to move eastward from Sunday night into Monday and bring snow very far south into portions of southern Arkansas, Louisiana and Mississippi. Gulf moisture will continue to be pulled northward into relatively cold air Monday, potentially spreading snow into parts of the Tennessee valley and southern Appalachians. 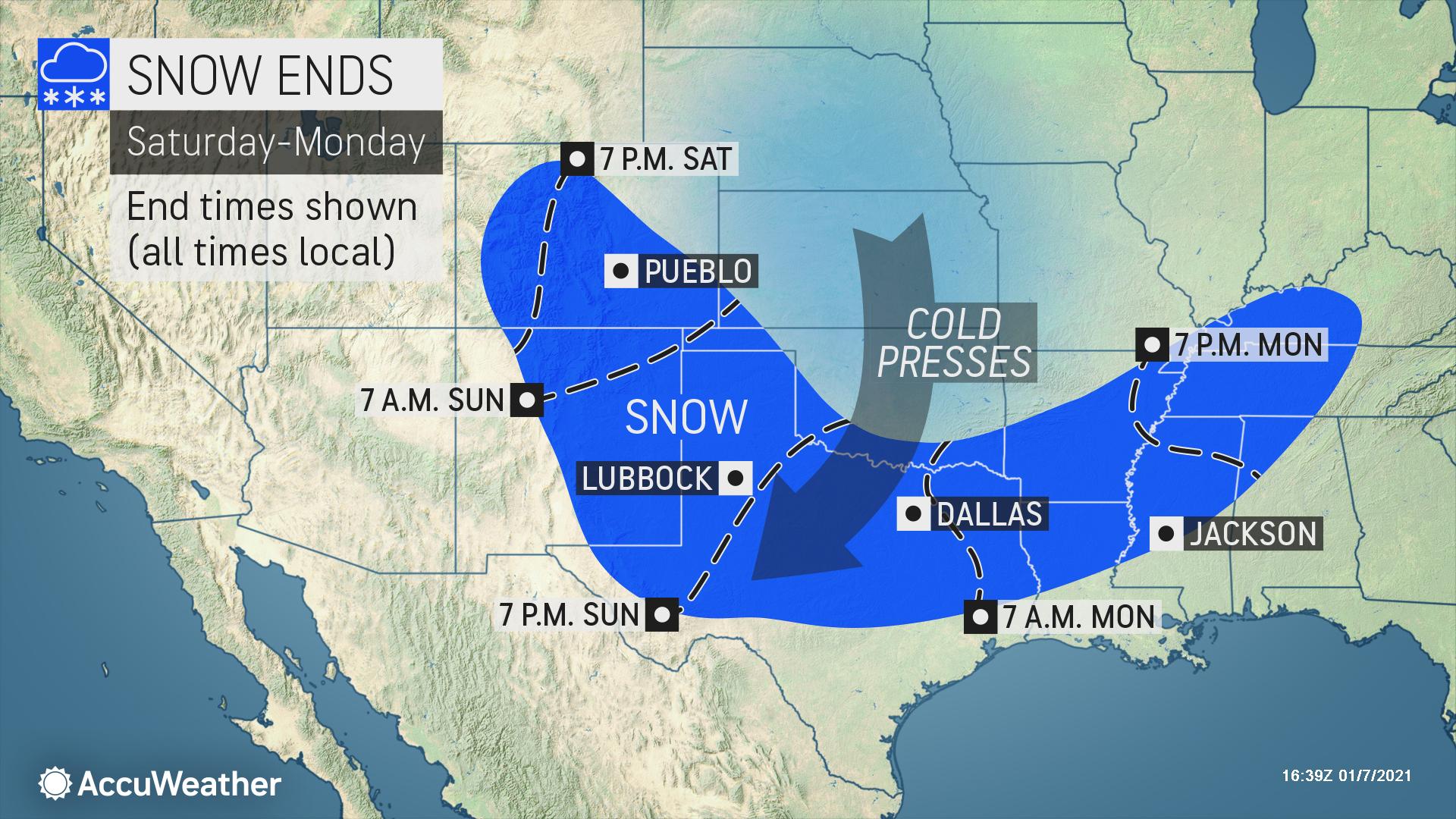 A large area of 1-3 inches of snow is expected from Colorado and New Mexico eastward through much of Texas and far southern Oklahoma and into the lower Mississippi Valley. About 3-6 inches of snow is expected to fall from far southern Colorado and eastern New Mexico through much of North Texas. A narrow area of 6-12 inches is likely in eastern New Mexico and North Texas with an AccuWeather Local StormMax™ of 18 inches. Roads are expected to be dangerously slick and snow-covered across parts of the southern Rockies and northern Texas. Farther south and east, where the air and ground will be a little warmer, roads will range from wet to slushy and slippery from central Texas into the lower Mississippi Valley. 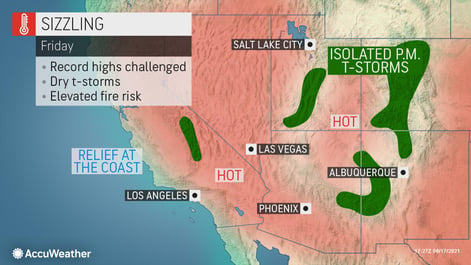 Much of the same for sizzling southwest The southwestern United States, an area already... 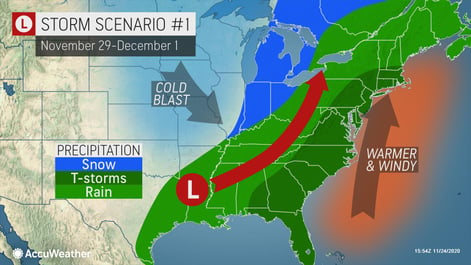 Post-holiday storm to disrupt business along the eastern seaboard

One of two scenarios will unfold early next week as people return from the Thanksgiving holiday.... 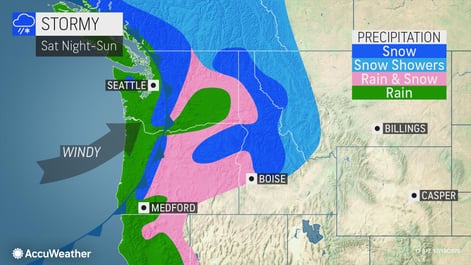 The stormiest stretch looks to be from Saturday night through the end of next week. During this...