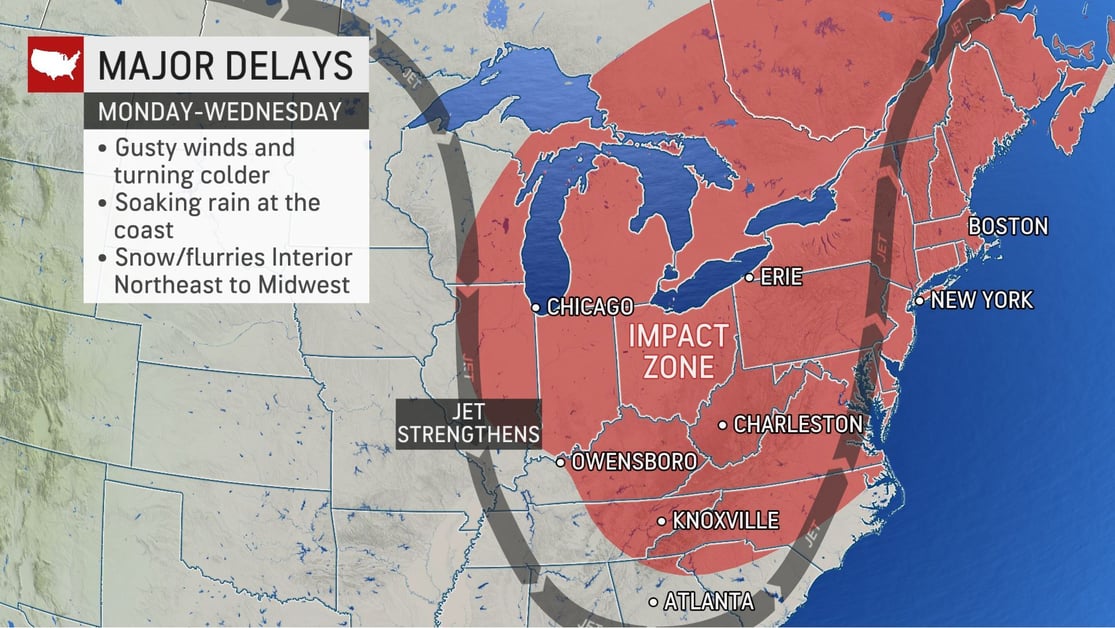 A combination of weather conditions developing across New England and the Mid-Atlantic is a recipe for major delays at the busiest travel time of the year.

Brace for pre-holiday delays and travel headaches as a combination of weather conditions is set to bring problems for travelers ahead of Thanksgiving. More than 50 million people are expected to hit the nation’s airports and roadways for the Thanksgiving holiday week. By Monday, an advancing cold front will bring rain to New England and the mid-Atlantic coast. Colder air moving in behind the front, on the heels of blustery winds, could bring mixed rain and snow showers across parts of western New York and Pennsylvania down into northern West Virginia and western Maryland.

From Monday to Wednesday, shifting bands of lake-effect snow and snow squalls are likely and could bring heavy snow from northern Indiana and Michigan to parts of Ohio, West Virginia, Pennsylvania, Maryland, and New York. At the same time, a second storm will begin to develop on Monday off the mid-Atlantic coast. 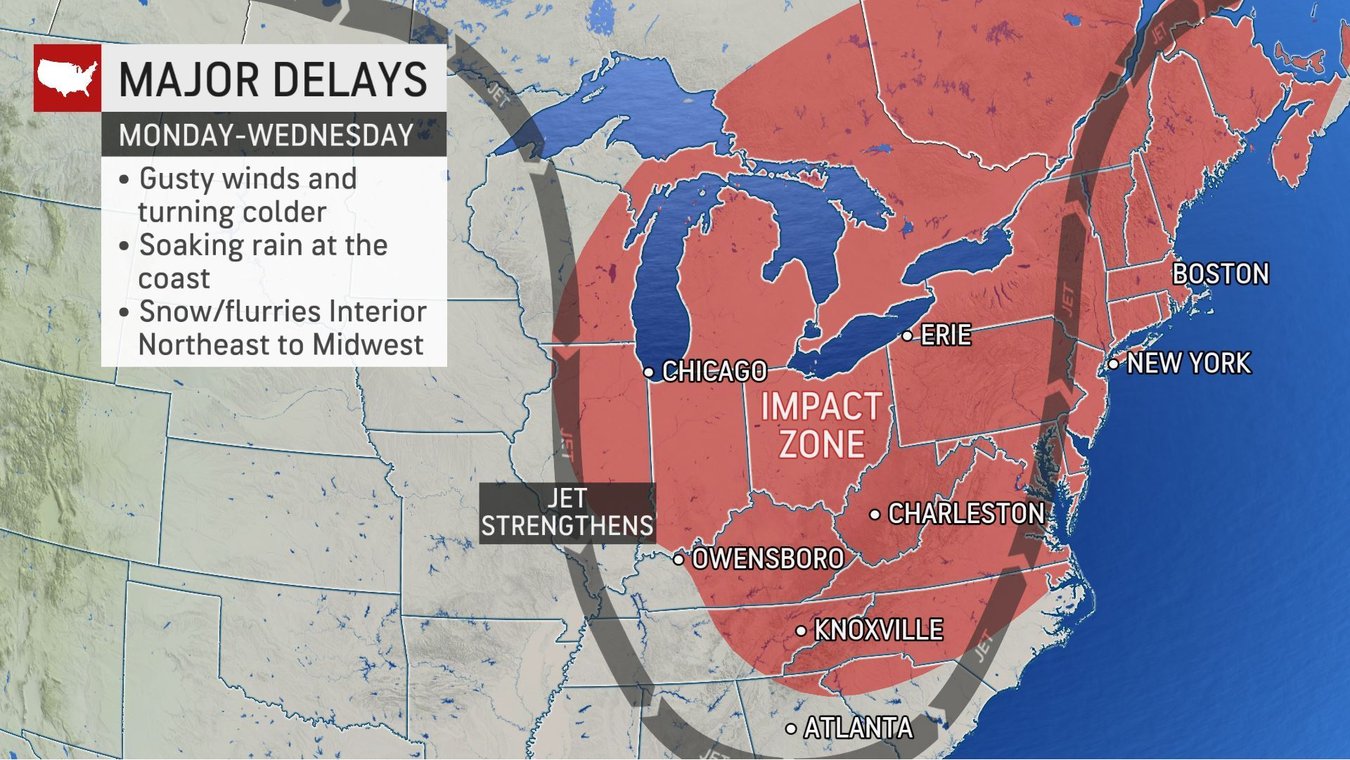 The heaviest snow will be across portions of Minnesota, northern Wisconsin, northern into western Michigan, eastern Ohio, northwestern Pennsylvania, western New York, and central portions of Ontario and Quebec. As the storm strengthens and pushes into Canada, high winds could develop as temperatures plunge across the Midwest and then the Northeast. 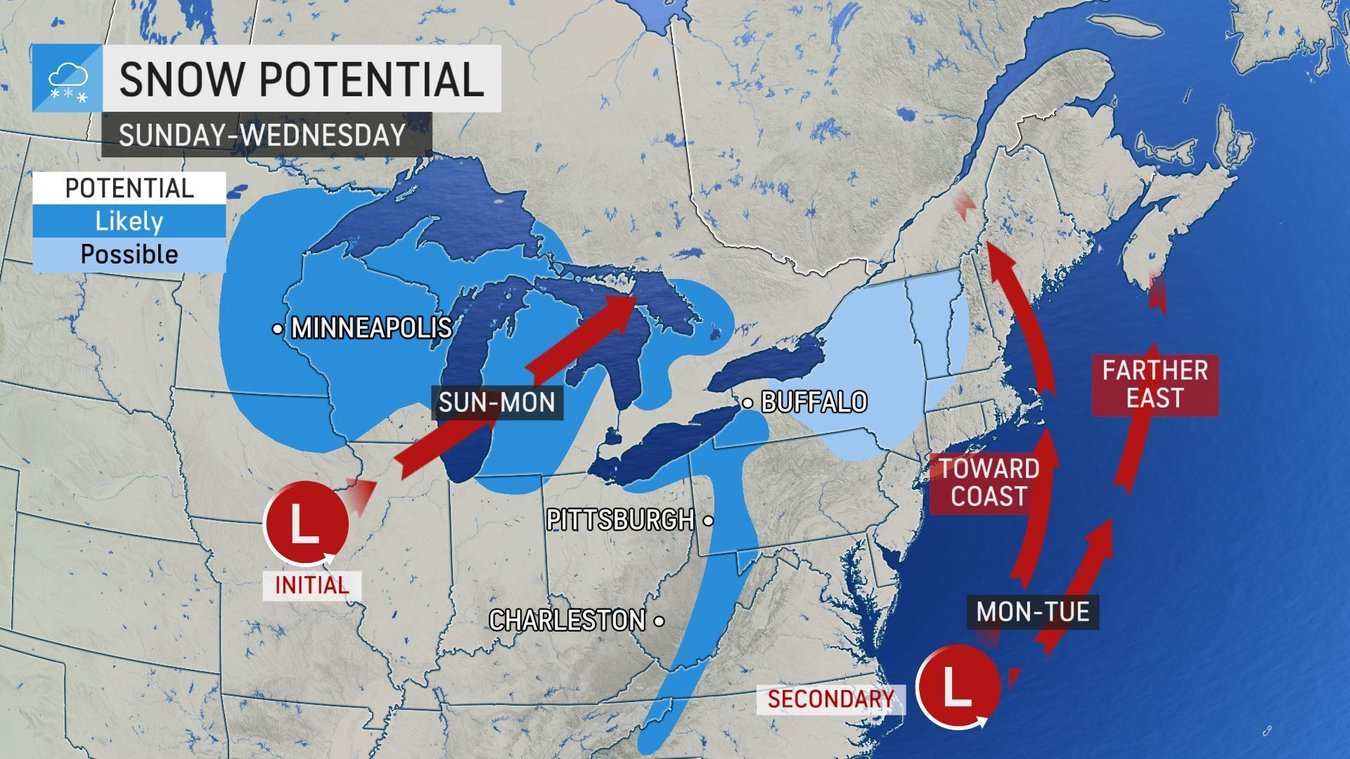 The forecast for this coastal storm has two possible scenarios. If the low strengthens on Tuesday or Wednesday, it will bring heavy rain across eastern New England into the Canadian Maritimes with snow and strong winds across the interior Northeast. Lake-effect snow will also develop as colder air surges across the relatively warm Great Lakes, bringing the potential for up to a foot of snow in some areas. However, damaging winds will be the biggest threat across the Northeast from Monday afternoon through Wednesday with power outages possible in the region. 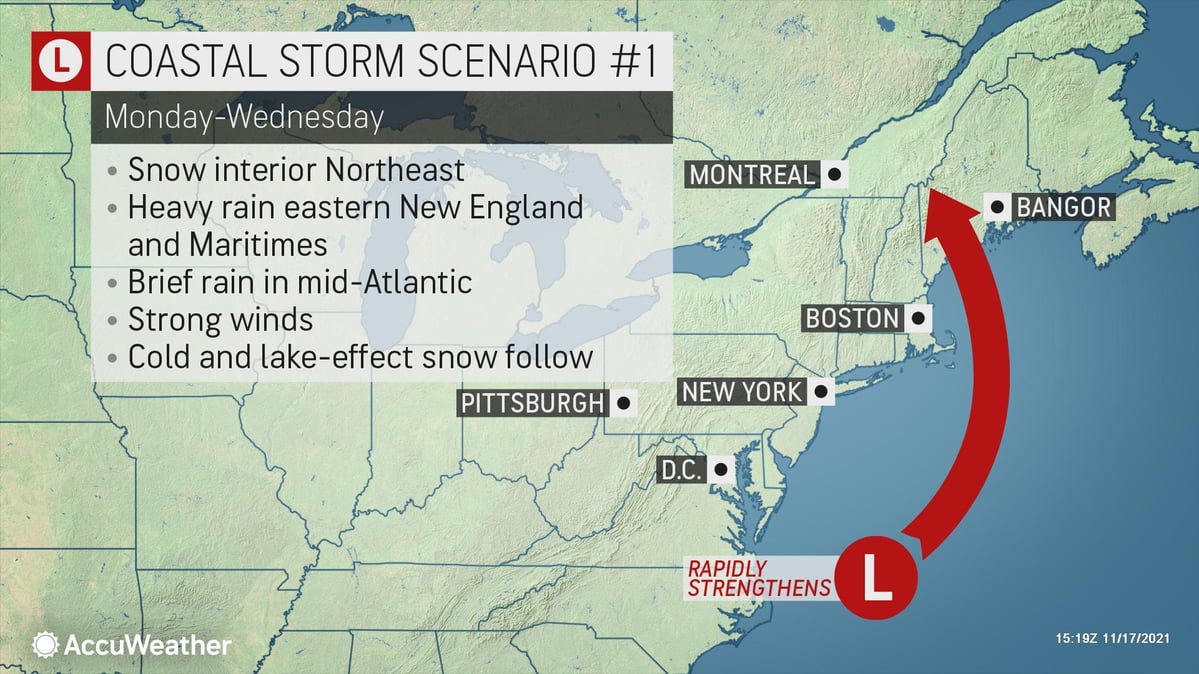 If the low strengthens slowly instead, it will likely head more northeast toward the Canadian Maritimes. In this scenario, the heaviest rain and wind will avoid coastal New England. Interior portions of the Northeast would have less snowfall overall however, lake-effect snow is likely along the Great Lakes. 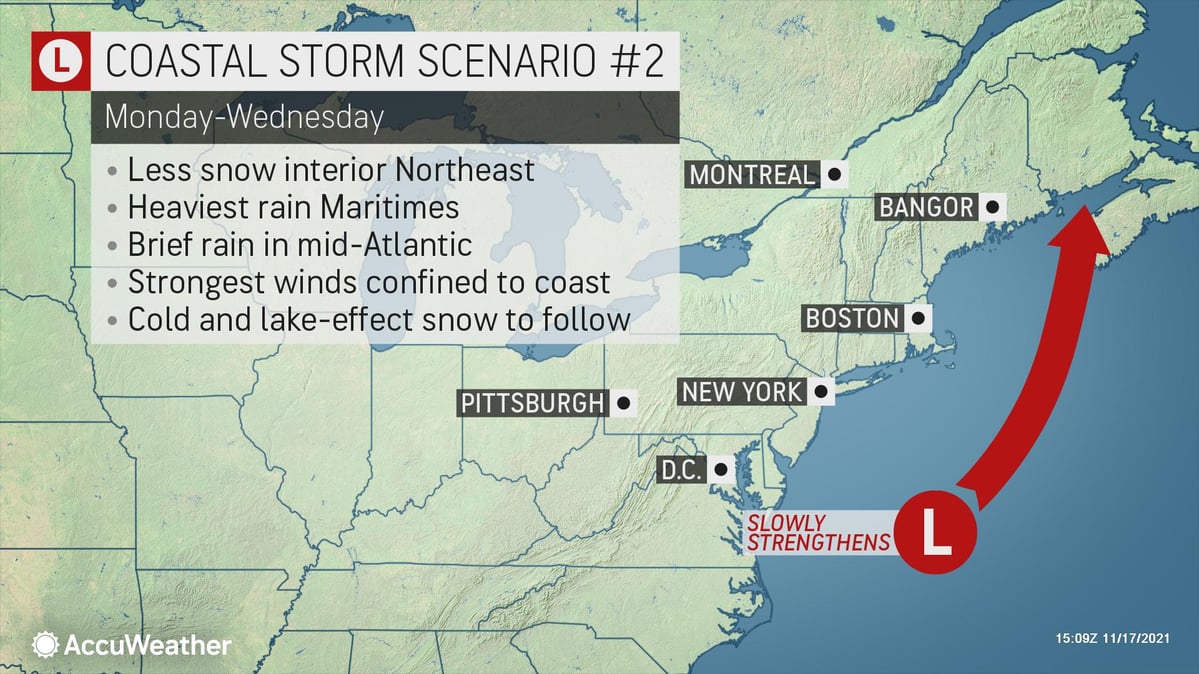 With either scenario, travel impacts across the Northeast could result in cascading effects, bringing flight delays to areas not directly impacted by the storm. Travelers heading out early for the Thanksgiving holiday could encounter dangerous travel conditions with multiple hazards possible, including heavy rain, strong winds, and snow.

For more on what to expect, join us this Friday, November 19 at 11 am Eastern for a live webinar featuring AccuWeather chief video meteorologist Bernie Rayno. He’ll share the latest forecasts and tell you what you can expect before hitting the road for the holiday.

Prepare your business for any weather that heads your way. Demo SkyGuard today. 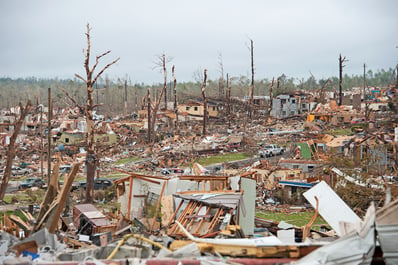 Record-breaking weather A deadly tornado outbreak across eight states occurred during the evening... 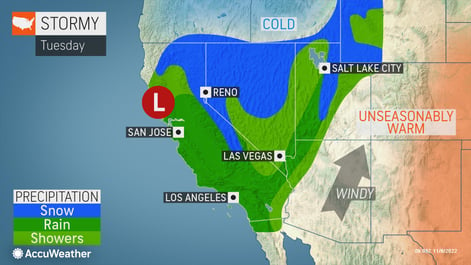 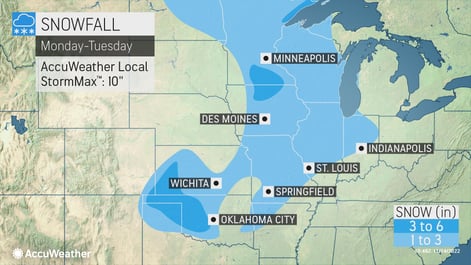 Heavy snow to spread from the Plains to the Northeast